Kyle has worked for quite a few companies in the past, sailing to us from several years working in the turbulent waters of several large AAA game companies as a contractor.  He’s spent some time as a server engineer, a feature engineer, an infrastructure engineer, and probably a few other engineers that he’s not remembering right now – you could say he’s a jack of all trades, but he’d probably give you a death stare. 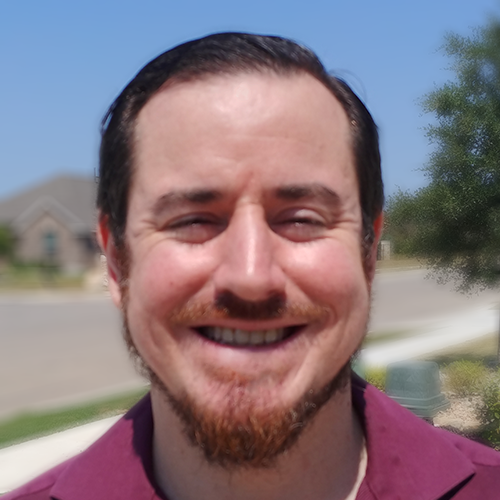 Kyle is best known for being airdropped onto code conflagrations (parachutes be damned), usually well after the firestarters have fled, and proceeding to drink from the firehose while using what water escapes to douse the biggest flames among them. By the time they are reduced to embers, he is whisked away to the next emergency to begin again.

Many of the things Kyle likes to do and talk about involve video games, though since he moved into his new home, most idle time is taken up by chores – weeding, sealing grout, fixing drywall, and the 1,427 other things they don’t tell you about when buying a house. Did you know you can stuff copper mesh wiring into weep holes to keep out bugs? Do you know what weep holes are? Well, Kyle does now.