Onef is the man put in charge of the clan’s supplies and keeping the fighters in line. He comes off as a heartless bastard but isn’t as ruthless as others he’s linked to.

Onef is a Backbiter who is capable of breaking through the enemies lines in efforts to go after the weaker targets. Often times this warriors are the first to dive headlong in to battle! 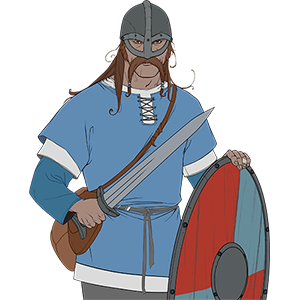