Hogun and Mogun are two identical twins. Their weapon of choice happens to be the axe. That happens to be the extent of their likeness as from that point onward they have different ideas on most things including battle. Despite both having differing opinions on almost everything they are still brothers and will always have each others back in battle.

Despite their smaller weapons, these two brothers are both adept at dealing a lot of damage to their enemies using their axes and their battlefield cunning as Thrashers. 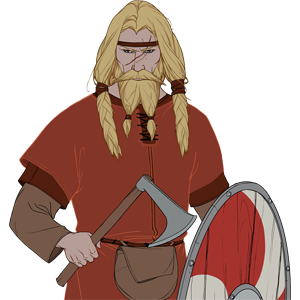