Raiders represent the fierce up close and personnel type of fighter, the sort of man who fights for a living. He is your quintessential viking. 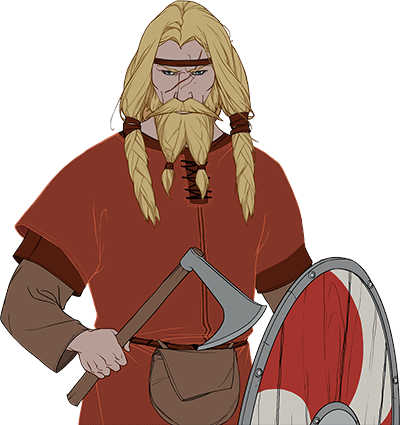 Taking cues from historical combat, Raiders can huddle together to form shield walls, improving their own defenses as well as those of their allies. Put multiple raiders together in the same formation and this defensive bonus becomes even more significant.

Each specialty fills a diverse variety of roles. While all Raiders are highly mobile, the Backbiter takes this to the next level by getting behind enemy lines to wreak havoc while the Thrasher can deliver a flurry of blows to an opponent even when close to death. Meanwhile, the Raidmaster has perfected the shieldwall, becoming a one-man forward charge who can deflect blows that would outright kill a normal fighter.

However you choose to build your raiders they’ll prove to be valuable team players in battle.