Within The Banner Saga players will encounter a myriad of characters as well as some unique races such as the varl. Long ago the gods created these horned giants by weaving together humans with powerful and sturdy creatures called yox. Varl are large in stature and while given due respect as brutish warriors on the battlefield are also known as highly intelligent tacticians and savvy traders.

In The Banner Saga, varl can currently either be of the Shieldbanger tree or the Warrior tree meaning they prefer to be up close and personal while in combat. You’ll also notice throughout the story that most of the varl tend to care little of the humans they share the world with, but hold in high esteem those who prove their worth.

One bit of advice — don’t get on a varl’s bad side. 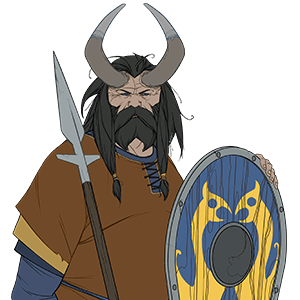